A little while ago I was talking to Theodora Goss about vampires. She was in the midst of writing a Folkroots column about them, and I have a vampire short story appearing in a forthcoming anthology called Teeth, edited by Ellen Datlow and Terri Windling. They’re everywhere these days, of course: you can’t walk out of your home without stumbling over one of the dismal little bastards. We both had some opinions on the matter, as you might expect, and we thought it would be interesting if we both posted on the subject. You can read hers here.

I have avoided vampires for most of my adult life. I think my last real encounter with one was in Anne Rice’s The Vampire Lestat, which I enjoyed. (I tried and failed to read any more of those increasingly dreadful books.) My first was in the televised version of ‘Salem’s Lot. I can probably trace my love affair with horror fiction to watching that movie as a little kid. My mother worked night shifts at the hospital back then and my brother and I were left alone in the house after seeing it, quaking with mortal fear. She fashioned crosses out of tongue depressors for us, which is the only reason I’m alive to write about it now.

And then of course there was Dracula.

I don’t need to recount to you here the sad decline of the vampire in the days since. They became be-glittered romantic heroes. Vampires have been neutered, ironically enough, through sexualization. We can have dangerous lovers but we’d rather not have murderous or evil ones.

I wanted to acknowledge, in a small way, what the vampire has become. I thought that if a vampire would be forced to live in our world it would have to rely on seduction as a means to snare prey. But there are so many modes of seduction beyond the sexual. I also wanted to show how psychologically dangerous they were. That no matter how they looked or what their circumstance, they were predators to the end. Finally, my vampire had to be scary. A thing that haunts the darkness and breathes fear. 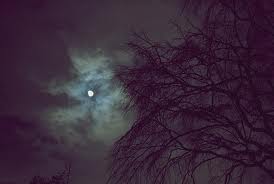 In “Sunbleached” my vampire begins the story with its back against the wall. It’s been burnt almost to death by the sun, and is hiding in the crawlspace of a collapsing house on the Mississippi coast. A boy finds him there. Each has an agenda. And so it begins.

The vampire moved in the shadows, and abruptly the stink of burnt flesh and spoiled meat greased the air. It had opened a wound in itself by moving. Joshua knew that it tried to stay still as much as it could, to facilitate the healing, but the slowly shifting angles of the sunbeams made that impossible. He squinted his eyes, trying to make out a shape, but it was useless. He could sense it back there, though – a dark, fluttering presence. Something made of wings.

The vampire coughed; it sounded like a snapping bone. Something wet hit the ground. It moved again, this time closer to the amber light. Its face emerged from the shadows like something rising from deep water. It hunched on its hands and knees, swinging its head like a dog trying to catch a scent. Its face had been burnt off. Thin, parchment-strips of skin hung from blackened sinew and muscle. Its eyes were dark, hollow caves. Even in this wretched state, though, it seemed weirdly graceful. A dancer pretending to be a spider.

Teeth is a Young Adult anthology — a fact which gives me no small pleasure. Most of the people picking up this book will be accustomed to the diminished vampires of our own time. I’m happy to give them something different, something older and deadlier. At first I was hesitant to write this kind of story for a YA audience. But it was around thirteen or fourteen years of age that I graduated beyond the television and picked up Stephen King’s novel for the first time. It was like a priest’s first Bible. 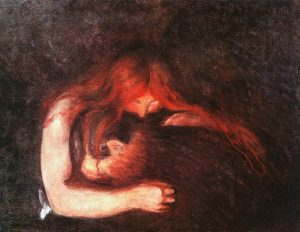 Vampires ushered me into the world of the night creatures. “Sunbleached” is my love letter to them, and a reminder — to myself as much as to anyone — there is is still something evil and cold and hungry at the heart of the myth.

7 thoughts on “Vampires in the sun”